Do Our Dogs & Cats Dream? 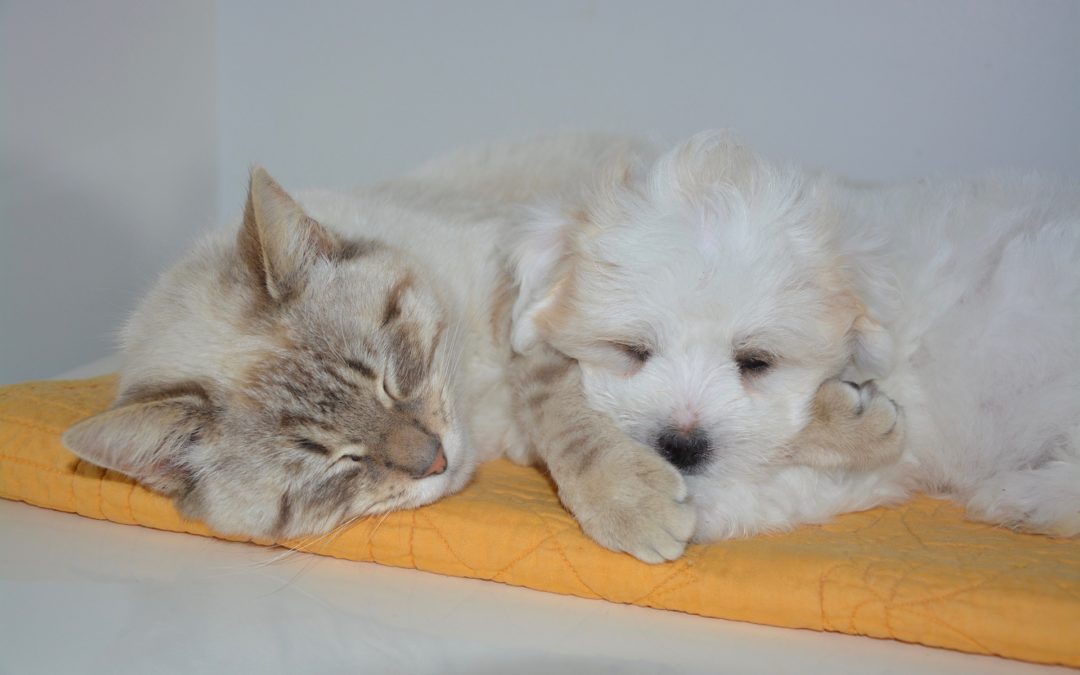 Sleep is a huge part of our four-legged friends’ lives. We’ve all witnessed the precious sight of a sleeping dog who goes from resting peacefully to fidgeting their legs and grunting like they’re on the chase. Or a cat who swats the air like they’re attacking a bird. But are they dreaming? Or is it just an involuntary firing of synapses that creates this movement? At East Valley Animal Hospital, we know there’s a fair bit of science on the subject of whether dogs and cats might dream.

The Science of Animal Sleep

Since dogs and cats can’t wake up and tell us about what happened in their sleep, we have to do some speculating when it comes to this question. However, science suggests that there’s probably a good chance our furballs are in fact dreaming.

Most of the research on the subject has been done on rats. Animals like rats, dogs and cats all have similar brain structures to us humans. Studying what happens to rats neurologically while they sleep can give us a clue as to whether they are entering some kind of dreamland, or just simply getting some shut-eye.

In sleeping humans, the amygdala (which is involved in processing emotion) and the hippocampus (which helps consolidate memories) light up with activity. And the same is true for rats. Studies have shown that the experiences of laboratory rats impact their brain activity when they sleep. This activity indicates that rats may process emotion and create memories in their sleep just as humans do while they’re dreaming.

What Do Pets Dream About?

Humans dream when they’re in REM (rapid-eye movement) sleep. Research shows that animals, including cats and dogs, may dream during both REM and SWS (slow-wave sleep).  But what do they dream about, if they dream at all?

A 2001 study at MIT found that rats who ran a maze and then fell asleep continued to dream about, or see, sections of the maze while in slow-wave sleep. As the researchers studied the brain activity of the rats at different turns in the maze they could clearly see a similar pattern while the rats were sleeping.

When cats sleep, it’s been observed that they raise their heads as if looking at an object, arched their backs and appeared to stalk prey and get in fights. Evidence suggests there’s good reason to believe cats see images in their sleep. Similarly, dogs barking, running, twitching and yipping are likely reliving experiences they’ve had, and creating memories.

There’s not enough evidence to say that our pets are dreaming in the same way we do, but it seems they certainly are envisioning scenarios they have experienced, which equate to ‘pet dreams.’ So, keep in mind that the next time you catch your pet moving about or vocalizing in their sleep, they might just be imagining that bird they were watching on the windowsill or the dogs they met in the park!

Vet Near You in Gilbert

For all your other pet health concerns, East Valley Animal Hospital (serving Gilbert, Chandler and Mesa, AZ), is here to offer our experience and expertise. When you bring your pets in for a checkup or procedure, you can guarantee we’ll treat them like our own!